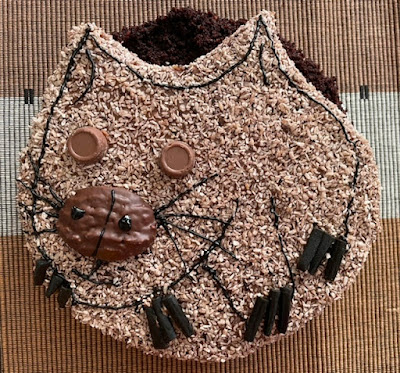 This week is Book Week, so I thought I’d share a cake I made for the Threatened Species Bakeoff, but which also fits neatly in with Book Week. I dub this cake Harry, after Harry the Hairy-Nosed Wombat, the title character in a 1970 children’s book written by Australian author, Jill Morris.  This book was read to our class at primary school by the librarian, Mr Broom. It follows the adventures of Harry when a man comes to disturb his habitat by building a highway through it. 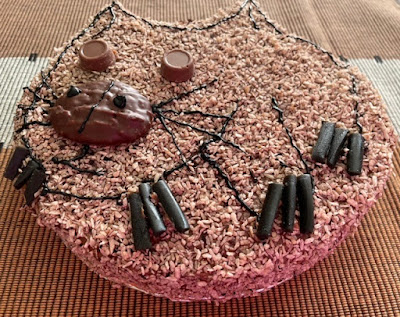 The basic concept for my cake design came from Willie the Wombat in Aussie Cakes.  However, Willie is a common wombat, so I made some modifications to end up with Harry. Hairy-nosed wombats have pointier ears than common wombats and squarer, almost pig-like snouts.
To that end, I shaped the “ears” of my cake more sharply and used a Monte instead of a Mint Slice for the nose, which I gave some details in black icing writing.  Aussie Cakes doesn’t provide any templates for the cakes - you have to design your own from the photo in the book. 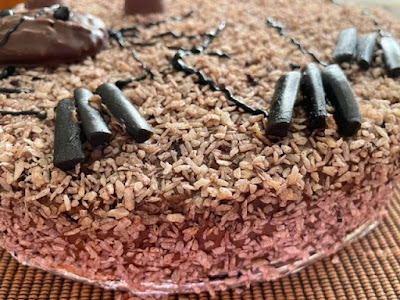 The book says to use packet cake mix to make it accessible and easy, but I made the Dutch Chocolate Cake from Christine McConnell’s Deceptive Desserts as my base cake.In hindsight, this light spongy cake was not ideal for shaping, but I got it to work. (It is a delicious cake, BTW.)

Once you have shaped the cooled cake, it literally is as easy as icing it with chocolate buttercream (use your favourite recipe, making sure to crumb coat it), smothering it in brown tinted shredded coconut (I used dessicated coconut because that’s what I could get) to resemble fur, piping details on with black writing icing, and sticking on a chocolate biscuit nose, two Dairy Milk rollos for eyes, and licorice claws. I used the cake that I cut off to make chocolate soil to hide the cake board.

I am pretty happy with this cake.  It looks deceptively simple, but it was actually quite time consuming to make. I think Harry is rather handsome, and he tastes delicious!

Are you celebrating Book Week? I would love to hear if you bake any literary themed goodies.