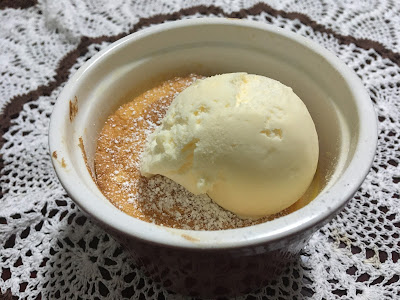 There are 5 Tuesdays in June this year, so there is no TWD this week.

Instead, I am sharing a marvellous winter dessert recipe that my mum sent me out of her Australian Woman’s Day magazine. It is called Marmalade Delicious, and is a twist on the classic Lemon Delicious. 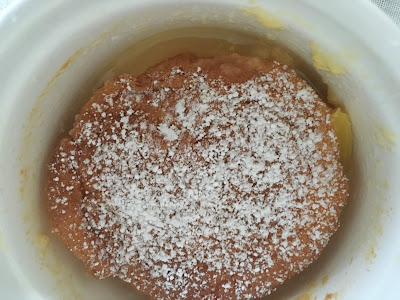 Instead of lemon zest and juice, this dessert features orange zest and juice, plus a healthy dose of marmalade to amp up the orange flavour. The dessert baked up a little like a magic cake, with a soft sponge on top and an orange curd sauce on the bottom. When served warm with vanilla icecream melting over the top, it tastes like what I imagine an orange creamsicle would taste like. 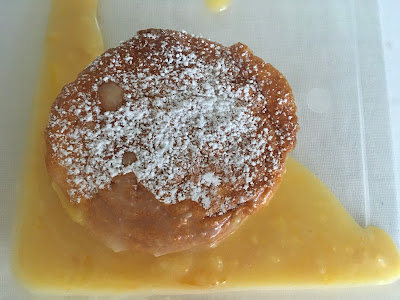 To make this dessert, you will need:
60g butter
1 cup sugar
1/4 cup self raising flour
2 oranges, zested and juiced
2/3 cup milk
1/4 cup orange marmalade
3 eggs, separated
Preheat your oven to 180 degrees Celsius and lightly grease 6 x 1 cup capacity ramekins.
In a stand mixer, beat the butter and 3/4 cup of the sugar until creamy.  Fold through the flour and orange zest. (I rubbed the zest into the sugar until fragrant before beating with the butter to enhance the orange flavour.)
In a jug, mix together the milk, 1/2 cup orange juice, marmalade and egg yolks. Fold the liquids into the butter mixture.
In a separate bowl, whisk the egg whites until soft peaks form. Gradually add the remaining 1/4 cup sugar while continuing to beat the egg whites until stiff peaks form.
Fold the egg whites into the butter mixture. Divide the mixture evenly between the 6 ramekins.
Put the filled ramekins into a roasting dish, and pour hot water into the roasting dish  until it comes half way up the sides of the ramekins.
Put the dish full of ramekins into the preheated oven and bake for 20-25 minutes or until the tops are just firm.
Serve warm with icecream and extra marmalade, if desired.
Cakelaw at 8:56 AM
Share

Thanks for dropping by!